I have not posted for many months, but It does not mean I am no longer with you. I’ve said to you before that I am here to stay and I really mean it.

I had a medical ordeal again ( for those of you who are following me, you are aware that I had that “heart episode April 2013 ). Last November 2013, I also underwent a major surgery.

It was not an emergency surgery, it was a planned procedure. I underwent hysterectomy ( removal of the uterus) . I badly needed the surgery because my uterus had fibroid cysts which were causing problems to me. One was anaemia due to increased menstrual bleeding during my period. Also, a bit of discomfort because of the massive sizes of the non-cancerous cysts.

So, on the 27th of November, I said goodbye to the womb which has nurtured my one and only son for 9 months before. But very unluckily, I had complications afterwards. I had haemorrhage after the surgery which led to temporary anaemia. The bleeding caused a huge collection too of blood in my pelvis which later got infected. In January this year, I was readmitted for “infected pelvic haematoma”. I was placed on massive antibiotics to combat the infection. So the complications really pinned me down and it took 10 agonising weeks before it did resolve.

For you my followers, let me share with you some photos of me with my dear friends when I was in the hospital. 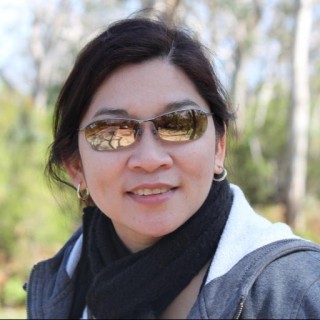